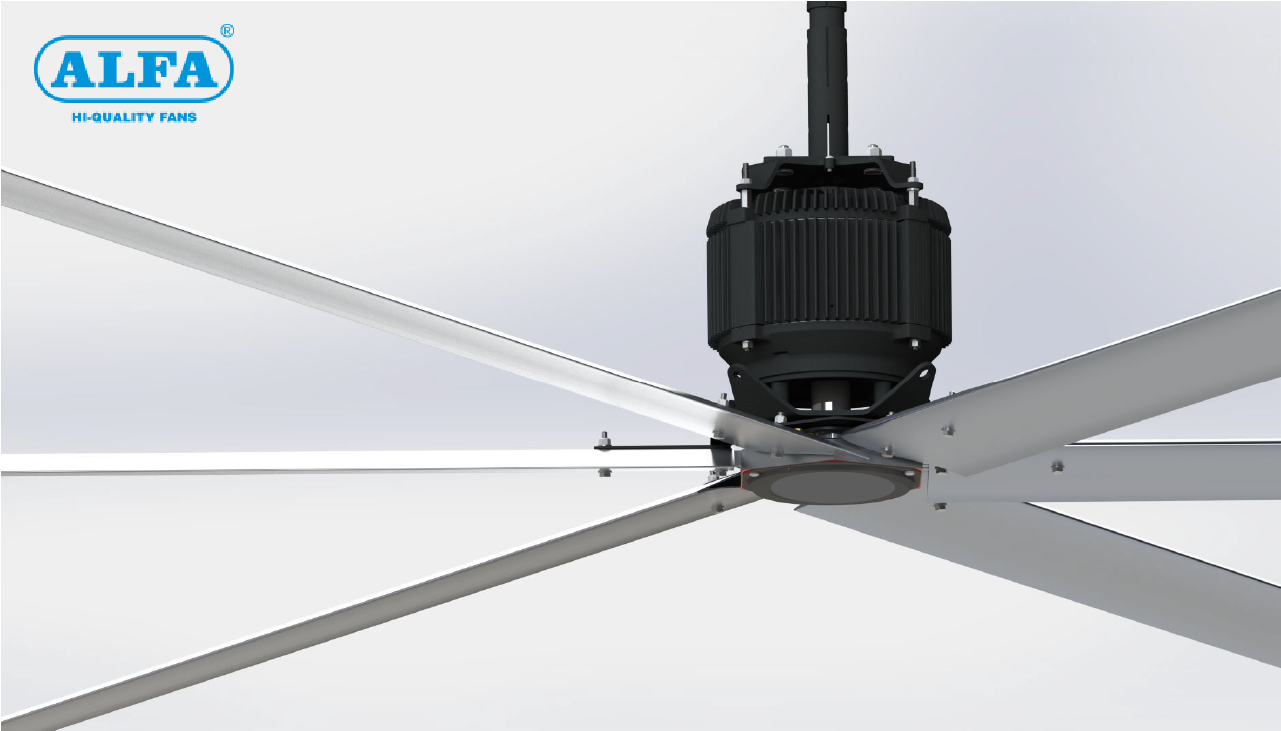 won’t provide you with a whole picture of the type of fans available within the market. But it definitely gives you an image of some

with better airflow capabilities and high power compared to the HVAC system. There's another category of economic fans called

. This led to the rise of fundamental questions on the thanks to evaluate the required HVLS industrial fans as per your applications which could prevent thousands of dollars. The answer is sort of simple. The subsequent factors are really important to gauge the required HVLS Fans.

Motor Output Torque at Max Speed :
Machines that are hard to start out need high starting torque capabilities. The units are Nm within the Systeme International d'Unites . This parameter helps you to know the capacity to load a motor which can sustain.

Motor Input Power at Max Speed :
The max amount of speed which is required for your application. An increase in speed does not mean an increase in the airflow. The speed varies from application to application. The airflow depends on various factors just like the planning , length, and width of the blade , and many other factors

Sound Level :
Silent operation is what industries try to seek out and our technology comes with extraordinary quietness (Silence is golden). HVLS fans have large blades and rotate at low speed because of which the noise may be a smaller amount . When humans are exposed to prolonged noise areas it has been scientifically proven poor concentration, productivity loss in completing a task, difficulty within the communication on-site. We setting a sound signature which is one of the best in the HVLS class


Airflow could also be an important fact and this is often the foremost reason why everyone looks for an Industrial fan or HVLS fan. CFM will determine the potential of the fan’s airflow efficiency. CFM means Cubic Feet per Minute and measured using an anemometer. Every industry engineer after installation will record the data to urge an idea about the coverage area from the HVLS fan. The blade design plays a crucial role in it. But without robust scientific data, all this is often soft talk. We shall revolutionize human productivity and lower the carbon footprint significantly by changing the airflow smartly.

Power Factor Correction
Alfa Fans Power Factor Correction technology is beneficial in many ways which no other company gives to customers. Power factor correction is inbuilt within the control drivers of the fan which ends up in better-optimized usage of electric power with a reduction in losses. This indirectly helps the industry many |to avoid wasting"> to save lots of lots of money; low electricity bill charges once a year thus preventing financial losses. A single HVLS fan can replace upto 34 small industrial fans and ultimately reduces the power usage. With the littlest amount of energy consumption (40% more efficient than the only HVLS fan within the industry).With this technology, watch your profits and productivity undergo the roof and carbon footprint drop to the ground .